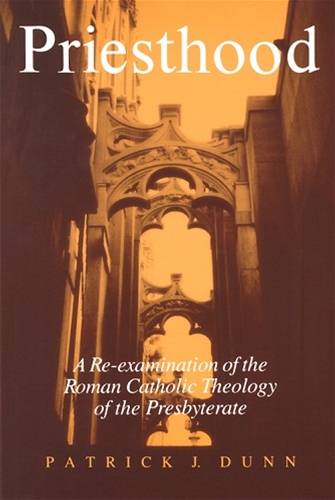 Although the Second Vatican Council emphasizes that the common priesthood of the faithful and the ministerial priesthood “differ from one another in essence and not only in degree” (LG 10), the nature of this distinction has not always been clearly perceived. As a result of this blurring, many priests today are working in a kind of theological vacuum concerning their role in the Church. This book re-examines, in an eminently practical and timely way, the scriptural foundations and factors, especially in the early formative centuries, which have contributed to the shape of the priesthood as we now know it. And in doing so, it bears witness to the wonder and the mystery of the ministerial priesthood so consistently recognized and appreciated throughout history and in the official teaching of the Church.

About the Author: Patrick J. Dunn is the Bishop of Auckland, New Zealand where he formerly served as pastor of St. Mary’s. Ordained in 1976, he has had extensive pastoral experience among the indigenous Maori people and in school chaplaincies. He has served as a member of the Council of Priests and the personnel board of the Auckland diocese and, from 1981-87, was involved in vocations promotions where he spent two years as director of a “Pre-Seminary” House for first-year candidates for the priesthood. This work took shape during a period of post-graduate study in Melbourne, Australia and is his first book for Alba House. Bishop Dunn’s father, the late H.P. Dunn, MD was the author of The Doctor and Christian Marriage (Alba House, 1992) and Ethics For Doctors, Nurses and Patients (Alba House, 1994).

I WILL GIVE THEM A NEW HEART 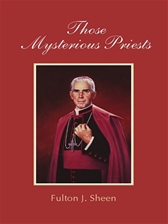