THE DOCTORS OF THE CHURCH, 2 VOLUMES SET 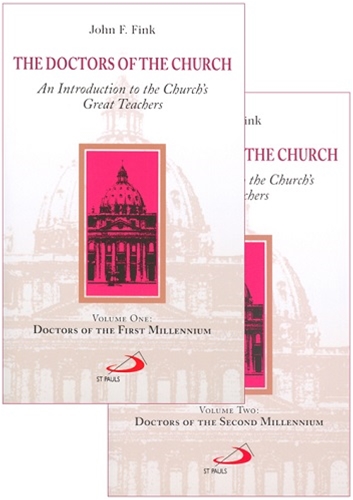 THE DOCTORS OF THE CHURCH, 2 VOLUMES SET
An Introduction to the Church's Great Teachers

Thirty-three men and women have been declared Doctors of the Church, eight of whom in the first millennium (Vol. 1) were from the Eastern Church. All the rest were from Europe. Somehow it seems appropriate that both the first and the last Doctors of the first millennium (St. Athanasius and St. John Damascene) were from the East, where Christianity began. The second millennium (Vol. 2) produced the real giants among the Doctors of the Church, three of whom were absolutely remarkable women. In both volumes the author has provided brief profiles of the life of each Doctor followed by one or more writings characteristic of his or her work. No pretense is made that these short summaries of their lives are full biographies or that their writings are more than samples. This work is intended to be a popular introduction to the Church's great teachers. The excerpts chosen are representative of the particular Doctor's writings but they were also selected in such a way as to give a fairly thorough overview of Christian doctrine and practice through the centuries. The Doctors in Volume One: Saints Athanasius, Ephrem, Hilary of Poitiers, Cyril of Jerusalem, Basil the Great, Gregory Nazianzen, John Chrysostom, Ambrose, Jerome, Augustine, Cyril of Alexandria, Peter Chrysologus, Leo the Great, Gregory the Great, Isidore of Seville, Venerable Bede and John Damascene. The Doctors in Volume Two: Saints Peter Damian, Anselm, Bernard of Clairvaux, Anthony of Padua, Albert the Great, Thomas Aquinas, Bonaventure, Catherine of Siena, Teresa of Jesus (Avila), John of the Cross, Peter Canisius, Robert Bellarmine, Lawrence of Brindisi, Francis de Sales, Alphonsus Liguori and Thérèse of Lisieux.

About the Author: John F. Fink is Editor Emeritus of The Criterion, the Catholic newspaper of the Archdiocese of Indianapolis of which he was editor from 1984 to 1997. Prior to that he was with Our Sunday Visitor for 30 years, 11 of them as president and publisher. Past President of the Catholic Press Association and the International Federation of Catholic Press Associations, he has written seven other works for STPALS/Alba House.

"John Fink within his two-volume work provides a survey treatment of each of the 33 doctors of the Church. In each of these brief studies, placed within the volumes in a chronological order, the author situates the Doctor within the historical context of the times in which the individual lived. He then orients the reader toward the works of the Doctor and particularly toward the excerpts enclosed in these volumes. Fink clarifies the difference between Fathers and Doctors of the Church, pointing out that the Fathers lived in the first six centuries whereas Doctors span the history of the Church. While there is no definitive list of the Fathers of the Church, Doctors have each been chosen by a particular Pope, therefore the specific number of 33. The four great Latin (Ambrose, Augustine, Jerome, Gregory the Great) and Greek (Athanasius, Basil, Gregory Nazianzen, John Chrysostom) Fathers likewise enjoy the title of Doctor, as they were resplendent in their teaching of the faith through their writings. In highlighting the works of these writers, Fink is careful to mention significant titles bestowed upon various doctors, i.e. Doctor Marianus, the Marian Doctor -- given to St. Anselm; Doctor Gratiae, Doctor of Grace -- given to St. Augustine.... John Fink's work is a needed text today, not only for one's personal spiritual journey, but further as a springboard for adult catechesis within parishes. --Sr. Madeleine Grace, C.V.I. in Homiletic and Pastoral Review, October 2001

"Meet the 30 men and three women 'whose combintion of intellectual brilliance and sanctity,' says John F. Fink, 'has been of extraordinary importance in the development of doctrine or spirituality.' Thirteen of the first millennium's 17 Doctors lived in the fourth or fifth century, leading the Church's fight against the Arian, Nestorian or Monophysite heresies about Jesus. Eight Doctors came from the East and nine from the West. The second millennium's 16 Doctors have all come from Europe, a reflection of the 11th century's division of Christianity into Catholic and Orthodox. Fink, a veteran journalist and editor at Our Sunday Visitor and later for The Criterion, the newspaper of the Archdiocese of Indianapolis, presents these saints chronologically, starting with a short sketch to situate each Doctor within his or her theological/spiritual milieu. Fink offers an average of four extended quotations for each person; a few people have only one. Almost all quotes come from the Church's Office of Readings. 'I tried to choose excerpts that are representative of that particular Doctor's writings,' explains Fink, 'but I also tried to choose works that would give an overall effect of providing a fairly thorough overview of Christian doctrine and practice through the centuries.' Ten of these Doctors had been designated by 1589; four were added in the 18th century, nine in the 19th and 10 in the 20th. The last three were women: Saints Teresa of Avila (1970), Catherine of Siena (1970), and Therese of Lisieux (1997).... Fink's nominees for future Doctors include Saints Thomas More and Edith Stein plus the Venerable John Henry Newman. Fink provides an incorrect date for the Edict of Milan, gives Thomas Aquinas credit for one of Bonaventure's writings and uses 'racked' in several sentences which actually call for 'wracked.' Minor problems in a comprehensive, valuable two-volume series." --Pat McCloskey, O.F.M. in St. Anthony Messenger, May 2001

"The Doctors of the Church are men such as the 4th-century St. Athanasius who was exiled by the Roman Emperor Julian the Apostate, condemned by Church councils, yet comes down to us as the 'Father of Orthodoxy.' And they are women such as St. Thérèse of Lisieux, a late 19th-century Carmelite nun who lived in total obscurity and died young. But, as John Fink writes, they are a small group of 33 'whose combination of intellectual brilliance and sanctity has been of extraordinary importance in the development of doctrine or spirituality.' Fink's 2-volume work is an introduction to the lives and writings of these giants of the faith. The Doctors of the Church were the greatest of the Church Fathers. They were recognized from the 6th to the 16th century as St. Augustine, St. Ambrose, St. Jerome and Pope Gregory the Great from the West; and St. Athanasius, St. Basil, St. Gregory Nazianzen and St. John Chrysostom from the East. In the 16th century, St. Thomas Aquinas and St. Bonaventure were recognized as Doctors, and the list would expand over the next three centuries, the latest addition being St. Thérèse in 1997. Fink's two volumes cover all these Doctors, one millennium at a time, carefully placing each in proper historical context and outlining each one's contribution to our understanding of the faith.... [His] two volumes are easy reading and perfect for anyone interested in a deeper appreciation of these great men and women of the Church." --Robert P. Lockwoodin Our Sunday Visitor, March 4, 2001

"I've just been looking over Jack Fink's two-volume work The Doctors of the Church, and I am properly awed. Subtitled An Introduction to the Church's Great Teachers, it's a comprehensive look at the 30 men and three women Rome has declared 'Doctors of the Church' because of their intellectual brilliance and personal sanctity. Conveniently enough for editors, 17 of the Doctors lived in the first millennium and 16 in the second, and so Jack divided the two volumes just that way. There's a brief biography of each Doctor, along with selected writings. This is a thoroughly researched, well-written study designed to serve as a popular introduction to the Church's great teachers, equally inviting for reference or casual reading. All in all, an impressive piece of work. --Jerry Costello in "CPA Spotlight," The Catholic Journalist, October 2000

"Anytime you want to call (or get to know) those 'doctors': The lucid prose and incisive historical overview provided by long-time editor/writer John F. Fink should make a new 2-volume work a "best seller" in its genre. Title: The Doctors of the Church (An Introduction to the Church's Great Teachers). Format: Brief profiles of the life of each of the 33 Doctors of the Church, followed by one or more writings characteristic of his or her work; designed as a popular introduction rather than formal biography, the entire collection, arranged in chronological rather than alphabetical order, in effect, outlines Christian doctrine and practice over 2 millennia. Covered: Volume One--Doctors of the First Millennium: notes 8 of the 17 "doctors" of the first millennium came from the East, 9 from the West (no women on the list). Included: Saints Ephrem, Basil the Great, Gregory Nazianzen, Bede, and John Damascene. Volume Two--Doctors of the Second Millennium: all 16 doctors of the second thousand years come from Europe, and 3 are women (included among the "giants" of the "Doctors"). Included: Saints Peter Damian, Anthony of Padua, Thomas Aquinas, Catherine of Siena, Teresa of Jesus, Robert Bellarmine, Alphonsus de Liguori and Therese of Lisieux. Of note: Each volume comes with an introduction and foreword as well as a list of sources; no index. --Crux of the News, October 30, 2000

DOCTOR OF THE HEART 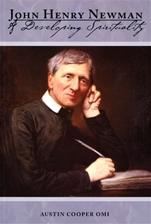