JESUS APPEALS TO TO THE WORLD 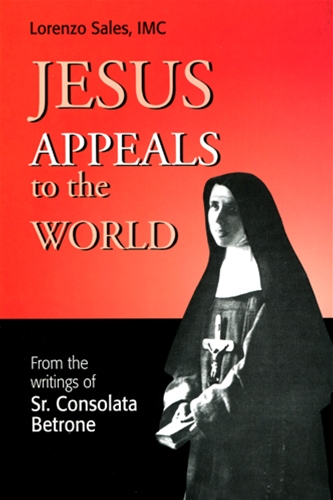 JESUS APPEALS TO THE WORLD
From the Writings of Sr. Consolata Betrone

“It is the prerogative of the Church to pass a definite judgment on Jesus Appeals to the World which is based on the writings of the Capuchin nun, Sister Consolata Betrone. It would be presumptuous for any person, even a priest, to judge this book. Here we are concerned with something that seems too beautiful, too luminous, too tied up with the spirit, to have originated here on earth.

I realize that in saying this I have already expressed my own opinion of Jesus Appeals to the World. There is too much humility in Sister Consolata for her to have deceived herself and have accepted as words spoken by Our Lord what might instead be mere figments of her imagination... There is so much clarity in the soul of this Religious that the words in which she relates the manifestations of the Beloved of her soul reflect the very brightness of heaven. There is so much love for Jesus in this seraphic spouse of His, a love founded upon sacrifice, on self-denial, on annihilation of her own ego, that it is for this reason a true and sincere love. It is not to be wondered at, therefore, that the Divine Spouse should have wished to make use of her for bringing His message of love to a world which loves Him so little.” Rev. M. Venturini, FCJ

About the Author: Father Lorenzo Sales, IMC, (1892-1972) was an Italian missionary priest. As a young man he labored in Africa, and during the colonial war of 1915-18 was military chaplain to the indigenous troups in Kenya, East Africa. He served as Secretary General of the Missionary Institute of Our Lady of Consolation and regional propagator of the Pontifical Missions. He wrote a number of books on the life and spiritual teachings of Canon Allamano, the founder of the missionary societies of the Consolata for men and women. Father Sales is known particularly for having been the spiritual director of Sister Consolata Betrone. 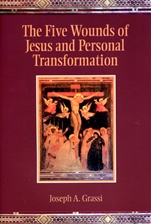 THE FIVE WOUNDS OF JESUS AND PERSONAL TRANSFORMATION

THE ONE THING GOD CANNOT DO